Zswickliffe said:
Q: What's the difference between a garbanzo bean and a chickpea?

Might have a hard time explaining the punchline to my 7 year old. LOL.
“Sometimes, that’s the way it is, is the best explanation”.

Coyote Ugly said:
Might have a hard time explaining the punchline to my 7 year old. LOL.
Click to expand...

I know, what even is a garbanzo bean? Wouldn't expect a 7yo to know

Coyote Ugly said:
I read the whole thing...talk about build up. Loved the punch line though.
Click to expand...

The point of that particular flavor of joke is the build up. HUGE massive build up for a lame and terrible pun (or some other equally disappointing punchline). Except the punchline isn't really the entire punchline. It's three and a half fold: the sender is the willing butt of the joke spent the time telling the joke, the receiver the unwitting butt of the joke who wasted a huge amount of time receiving it, and then the punchline is a punchline in and of itself, but also in how disproportionate the build up is.

And then you get to explain it, for a fourth fold, and it's even MORE awful! Joke origami up in here! 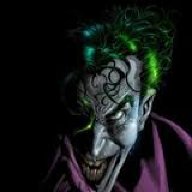