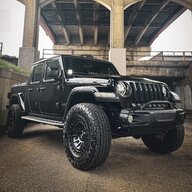 Snagged 2 of the DB Lights. 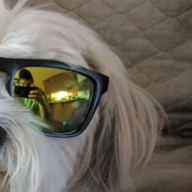 Gatorized said:
no pictures of my DB installed after New Year, but I can vouch for the bed rail removal being a pain! I do have pictures of the bed rails removed for others to hopefully benefit from my efforts.
after removing the tail light to start the first side, having the photos allowed me to get the other side off without having to remove the tail light. I laid the tape measure along the rail and with the clips located using the picture, was able to pry up the rail and slip a pick in to release each clip.
With pressure pushing up the rail, each side of the clip released with a distinct ‘SNAP’! I had a work stool that put me at eye level with the rail so I could shine a light in to aid in locating the clips. The toughest clip to get out was the white one at the cab end.
The pick I used was a bit short, so for easier access use a pick that is as long as the rail is wide. You need to push in on one side then pull on the other to release each clip.
I also used a zip tie as a probe to help with locating the clips on the firat side… you can see in the pictures there is a barrier around the clips - knowing how they are oriented aides in getting the pick onto the clip.
I put the red strips on the shims so they stand out in the This was very helpful and I was able to remove mine with out breaking any. Your right the the two up by the cab was the hardest for me to get free as well.
Thanks
Life is best experienced in person....+

Has Diamondback made any improvements to the clamps? I bought my HD mid 2020 and the clamps are very flimsy with minimal overlap. I have rails and have the clamps for rails. 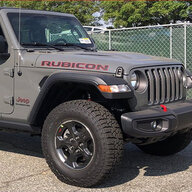 Crowbar said:
Has Diamondback made any improvements to the clamps? I bought my HD mid 2020 and the clamps are very flimsy with minimal overlap. I have rails and have the clamps for rails.
Click to expand...

Doubt they will, but here's a simple enough mod to add some extra support.