Copied from JL side: They’re among the elements that helped Jeep cut more than 112 pounds out of the popular vehicle compared to the outgoing Wrangler.

FCA in 2017 already confirmed the extensive use of aluminum on the Wrangler, but April Bagley of FCA body systems and components engineering provided a look at the vehicle’s steel last month during the 2019 Great Designs in Steel.

The Wrangler was the No. 16-selling vehicle in the country in 2018, according to Good Car Bad Car, so it behooves repairers to be ready for its structures.

Bagley noted that the OEM had to deal with an additional 32.85 pounds of functional weight, including materials to handle noise, vibration and harshness; keep passengers safe; and support the Wrangler’s 100-pound spare tire. Jeep cut 54.45 pounds out of the body-in-white with material design and optimization, and achieved another 80.03 pounds of lightweighting with the closures, according to Bagley. Another 11.02 pounds fell through hardtop design optimization and using “low-density SMC in places,” Bagley said.

The OEM confirmed in 2017 that the off-road vehicle used aluminum in its doors. including the half-door option on the Rubicon; hood; windshield frame; and fenders. FCA’s free repair procedures indicate the tailgate outer is aluminum, while the inner is magnesium. (Note: You need to check the paid FCA procedures to do an actual repair. It’s also unclear if the free FCA PDFs are updated consistently to reflect the content on the paid site.) Bagley said despite extensive aluminum and steel, the Wrangler didn’t actually have any aluminum-to-steel joints. She said Jeep used traditional aluminum-aluminum joining methods, such as structural adhesive and rivets, and noted the door employed six joining methodologies, ranging from crimping and hemming to spot welding.

Technically, the hood might not always be aluminum. FCA used the nonferrous metal for the high-volume Rubicon, Sport and Sahara variants, Bagley said. But she said the OEM used steel hoods for energy management purposes in global markets with pedestrian protection requirements, and noted she expected it’d appear on a buzz model at some point. (As of now, the U.S. doesn’t have pedestrian protection requirements.)

A diagram from Bagley’s presentation indicated 56.2 percent of the body-in-white is mild steel and 19.5 percent is high-strength steel. Looking beyond steel, 2.7 percent of the body is aluminum — the closures weren’t counted here, only the aluminum windshield frame — and the 1 percent which is plastic includes stiffening reinforcements and the cargo top, according to Bagley and her presentation. A final 0.4 percent is “Other,” according to the presentation.

The frame is only 15.2 percent mild steel. According to the presentation, nine tailor-rolled blanks cut 18.96 pounds.

“This helps us with eliminating reinforcements and managing our assembly of the frame efficiently,” Bagley said.

Her presentation tied those two achievements to Jeep optimizing the tailor-rolled blank thickness on the back of the Jeep frame. The slide also associated “Common Front Crush tip dies with different rolling profiles for each frame variant” with tailor-rolled blanks.

Body variants include four-door and two-door Wranglers, with multiple unique styles depending on the particular subconfiguration, according to the presentation.

However, Bagley noted that 80 percent of the parts carry over to the two-door variant, with a similiar proportion transferring to the truck variant.

The new generation of the Jeep Wrangler on sale now has what FCA calls “Hot Blow-Formed” sport bars running from the start of the A-pillar back to the end of the C-pillar.

April Bagley of FCA body systems and components engineering explained the technology of the structures last month during the 2019 Great Designs in Steel. The new generation of the Wrangler started with the 2018 model year, so repairers are probably already seeing them.

According to Bagley’s presentation, the sport bars are part of the 14.4 percent of the vehicle made up of hot-stamped ultra-high-strength steel.

FCA’s free OEM repair procedures indicate they’re actually two unsectionable, 1,300-megapascal structures connected at the B-pillar. (Note: You need to check the paid FCA procedures to do an actual repair. It’s also unclear if the free FCA PDFs are updated consistently to reflect the content on the paid site.) Bagley said the tubes were formed by injecting hot air into steel within a die, blowing up the steel to the shape of the die. An injection of water then quenches the structure into the tough, light structure you receive.

The technique also allows for complex sections and dimensions, reducing residual stresses and tighter tolerances, she said, calling the latter importnat for an upper body. It also removed six bolted joints worth 26 bolts from the process, she said.

FCA sought to use the 2018 Wrangler’s sport bars to meet roof crush requirements for the first time, Bagley said. “It was a challenge,” she said.

“The sport bar is our upper body,” Bagley said. “It needed to be dimensionally stable and structurally sound.” It’s unclear from Bagley’s presentation if the B-pillar on the two-door Wrangler variant is blow-formed.

“Due to the usage of the type of metal in conjunction with the tensile strength involved on the inner components and reinforcements sectioning of these parts are not allowed,” FCA writes of all these parts in its free repair procedures. “Complete replacement of the component or reinforcement is the only acceptable repair.

“It will be necessary to use a Tungsten Carbide Drill Bit to release the spot welds along the areas where these parts join other components.” (Emphasis FCA’s.)

Bagley also said the blow-formed sport bars play a role in the Wrangler’s small-overlap crash protection too. The IIHS test involves ramming the driver- and passenger-side quarters of the front end into a 5-foot-tall barrier at 40 mph, simulating smacking into a tree.

Bagley called that test a “new feature for us,” possibly a reference to the prior-generation Wrangler debuting in the 2007 model year, five years before the IIHS test’s introduction. (The old Wrangler did pretty well, considering: The two-door version gets a “marginal” but the four-door Wranger gets a “good.“) The offensive structure is a combination of body and frame structural load paths which absorb energy and push the Wrangler off the barrier, according to Bagley. Her presentation depicted an HSLA-550 shear plate, a DP-780 hinge pillar outer and TRIP-690 hydroformed tubes containing a fiberglass-reinforced composite insert. An HSLA-340 spring seat appears on the frame rail, according to the presentation.

Defensive structures like the sport bars and other hot-stamped reinforcements and high-strength steel loadpaths provide a safety cage and prevent intrusion into the passenger cabin, according to Bagley. High-strength steel underbody cross members, the sport bar, and the hot-stamped B-pillar all play a role, according to Bagley. She also pointed out that the B-pillar had a lower-strength transition and soft-zone to manage the energy. (Likely another reason why you shouldn’t section it.)

Roof crush strategies also included a high-strength steel front header and roof bows to transfer energy across the vehicle, according to the presentation.

So don't get t-boned. Even lightly. 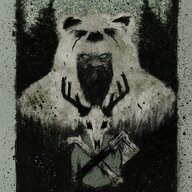 Thanks OP but I’ll have to wait for the cliff notes.

No padding wrapped around the JT's roll bars?
2 3

Differences between JT and JL