FCA reports sales figures for April 2019, where 314 Gladiators were sold. This figure will of course ramp up quickly as Gladiators are now starting to arrive at dealers and as the 4,190 Gladiator Launch Edition orders are fulfilled. FCA US Reports April 2019 Sales; Quarterly Reporting of Sales to Start in Q3
May 1, 2019 , Auburn Hills, Mich. - FCA US LLC notched four U.S. sales records for April, highlighting consumer demand for the company’s brands despite continued softness within the industry.

"April marks the start of the spring selling season and we anticipate strong consumer spending as we move through May,” U.S Head of Sales Reid Bigland said. "The industry may be shaking off the first-quarter sluggishness, but shoppers are coming into showrooms and buying. We sold more than 300 Jeep Gladiators, which are now starting to arrive in showrooms across the country, and we expect our Gladiator count to continue to rise, reflecting both ongoing demand and the fulfillment of the 4,190 orders taken in early April for the 2020 Gladiator Launch Edition."

See the attached table for the breakdown of brand and nameplate sales.

FCA US and FCA Canada Will Move to Quarterly Reporting of Sales
After review, FCA US LLC will end its practice of reporting U.S. and Canada sales on a monthly basis following June results.

“A quarterly sales reporting cadence will continue to provide transparency of our sales results while at the same time aligning with where industry practice is heading,” said Niel Golightly, FCA’s Chief Communications Officer.

FCA US and FCA Canada will report monthly sales for May and June. The first quarterly report will occur on October 1, 2019, covering the months of July, August and September. FCA will continue to share certain sales data with third-party research firms, under appropriate confidentiality arrangements.

Method of Determining FCA US LLC’s Monthly Sales. FCA US’s reported vehicle sales represent unit sales of vehicles to retail customers, deliveries of vehicles to fleet customers and to others such as FCA US’s employees and retirees as well as vehicles used for marketing. Most of these reported sales reflect retail sales made by dealers out of their own inventory of vehicles previously purchased by them from FCA US. Reported vehicle units sales do not correspond to FCA US’s reported revenues, which are based on FCA US’s sale and delivery of vehicles, and typically recognized upon shipment to the dealer or end customer. As announced on July 26, 2016, FCA US has modified its methodology for monthly sales reporting as follows: 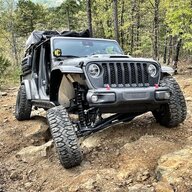 It's delivered/built. Can't sell a car until it can exchange hands. 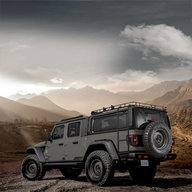 It would be interesting to see the details on how 314 Gladiators were sold, and who they went to, when the general public can't actually buy them yet.

MadManMoheenid said:
It would be interesting to see the details on how 314 Gladiators were sold, and who they went to, when the general public can't actually buy them yet.
Click to expand...

Gladiators have already arrived and been purchased by several people over the last week or two. Just check the forums.

Haus said:
Gladiators have already arrived and been purchased by several people over the last week or two. Just check the forums.
Click to expand...

Ahh ok. All the Gladiators in my area are "In Transit" per the search tool. But I guess some did arrive in other areas. 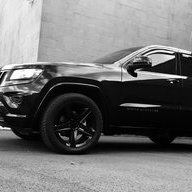 MadManMoheenid said:
Ahh ok. All the Gladiators in my area are "In Transit" per the search tool. But I guess some did arrive in other areas.
Click to expand...

Don't always take the "In Transit" as truth. 3 dealers local to me show the same thing over the last week and they all have their Gladiators on the lot.

In transit site has about a 5 day lag from delivery at the dealer, I know I bought a in transit off the truck and a gap of about five days to change site posts ng.
Advertisement