Jeep Gladiator Coming to Europe in the First Half of 2020

Jeep has confirmed that the Gladiator will be available in Europe starting in the first half of 2020.

Jeep's plans for Europe include Gladiator pick-up in 2020
UK sales of truck have been confirmed, plus two new SUVs are set to join American brand's growing line-up Jeep will bring its new Gladiator pick-up truck to Europe next year, and its plans include a UK launch.

The heavy-duty vehicle, which is based on the new Wrangler, was revealed late last year, and its European fate at that point wasn't clear. However, Jeep's European boss, Jeff Hines, has confirmed to Autocar the decision had been taken to launch in Europe.

“It will land in quarter one or quarter two in 2020,” he said. “It won’t be big volumes, but our customers love the idea of it.”

The Gladiator will arrive at a time of strength for Jeep in Europe. Its 170,000 sales total in Europe last year was an increase of more than 50% on the year before and made the brand bigger than Land Rover in the region.

Its best-selling models are the Renegade and Compass, the two smallest vehicles it makes. From 2020, both will be made in Italy, once production of the Compass moves from Mexico. Both models will be available as plug-in hybrids by then, too.

Hines said that further growth for Jeep in Europe was possible: “How big can we be? Never big enough, so long as we stay true to the brand.

"To grow more than 50% will be tough, but we have plans to support growth even if the industry remains flat or decreases.”

When asked how it felt to now sell more cars than Land Rover in Europe, Hines said: “It feels good on our sales performance and growth and to bring more customers. We can grow and bring to more customers. We’re steadily improving.”

Two more models that could come to Europe in time have also just been confirmed by Jeep after investments in its US factories. A seven-seat SUV to sit alongside the Grand Cherokee will launched before 2022, as will a luxurious new SUV to sit atop the range that will revive the Grand Wagoneer name.

For now, the new Wrangler is soon to begin its full roll-out in the UK, where it's expected to become Jeep's third best-selling model.
Click to expand... 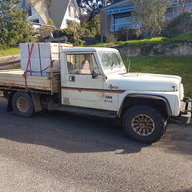 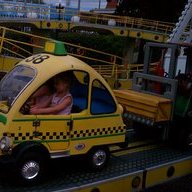 JAY said:
Jeep has confirmed that the Gladiator will be available in Europe starting in the first half of 2020.

So, right around the same time that the US gets pricing information... 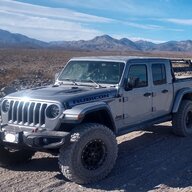 Who wants to make a bet they get the diesel before the US???
Come see the build and adventure at: https://youtube.com/user/Matstock4

Matstock4 said:
Who wants to make a bet they get the diesel before the US???
Click to expand...

They probably will get only the diesel version, and SOP for US diesel models and European models will be the same. The 3l ecodiesel is big for Europe- although the Amarok has a 3lV6 diesel now, and the X class has one available. the JL uses the 2.2 Multijet (or 2L eTorque, no cost option)
You must log in or register to reply here.
Share:
Facebook Twitter Reddit Email Link

Video: Building the 2020 Jeep Gladiator is a point of pride for Toledo employees