I wanted the Gladiator since the first JKU conversion picture I saw years ago and could barely contain my excitement, but 35k for this TRD Off Road was too good to pass up so last week I traded my JKU and brought her home and I seriously love this truck.

We will see exactly how much Jeep thinks they're worth. For those of you still waiting, good luck. I just couldn't stand the waiting for scraps of information. Another one... Enjoy!
"See you fellers up top" 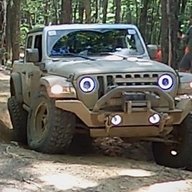 Ive considered the same option myself. Don't care for several thing about the Chevy, not sure about the Ranger (Kinda wimpy look) but I was looking at a TRD Pro for 43K MSRP (Not sure how much discount I could get off of that by mentioning competition shopping). As much as I want a Gladiator, I too fear they are going to overprice this thing. By looking at at the Taco and the Gladiator specs, Im thinking the TRD Off-Road compares pretty close to the Sport S and the Pro is closer to a Rubicon with the lockers and such. But if they price the Gladiator closer to $40K for a sport S.... a TRD pro will be in my future for the same price.

As far as the wave goes, I admit Ive caught myself failing to wave because I didn't notice the other one until it was too late and theres been MANY of times when I waved but the other driver just looked at me funny as they drove by

. If someone waves at me from a Taco, Id wave back.

Love my Jeep, but don't care what ya got if we're out wheeling!! my one buddy has an FJ and a buggy. but for us its not a competition as to whose rig is better, its about getting out and having fun together !! If you weren't 300+ miles away, Id still wheel with ya on the weekend and Im sure there are plenty of Jeepers that would do the same

Just do some research before ya do and watch the wheel hop... seen a few videos where Taco's broke a front shaft because of that (downside of IFS). Enjoy your truck and don't forget to "get a little mud on the tires" from time to time !! 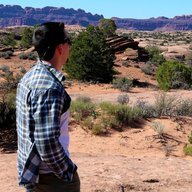 The Tacoma's are very nice and definitely have my respect. Spent a good deal of time in one all throughout Utah and Arizona and never once did we have an issue or get stuck. Very capable rigs. With that said, you will probably grow to hate a few things about it if you wheel it any. Seating position and forward view are less than ideal and the automatic transmission is shockingly lethargic, even with the latest TSB flash. What you are going to love is that color once you start throwing some aftermarket goodies at it. I almost ended up in a Toyota but I am a Jeep guy and just couldn't go through with it. But if for some reason Jeep ceased to exist entirely, a Tacoma is what I would be driving. 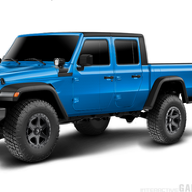 But they actually look like tacos. On their side, with olives underneath. I don't get it.

I like the Jeep stance and silhouette.
"See you fellers up top" 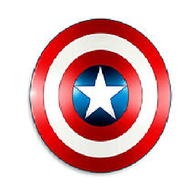 A safe assumption is that the Gladiator will not be any less expensive than it’s JL equivalent. A loaded Rubicon JLU stickers north of $50k. FCA is not going to sell a high demand, new product any cheaper.

I came crawling back last week. I liked the Tacoma but it wasn't the Jeep I was looking for. 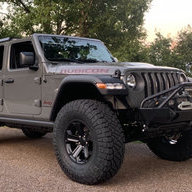 MacNobody said:
...I seriously love this truck.
Click to expand...

MacNobody said:
I liked the Tacoma...
Click to expand...

The affair lasted a year huh? 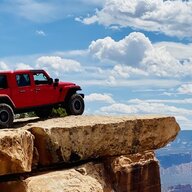 MacNobody said:
I came crawling back last week. I liked the Tacoma but it wasn't the Jeep I was looking for.

Welcome home!
If you ain't Jeepin, you ain't livin!