Mojave is now available to build on Jeep.com! 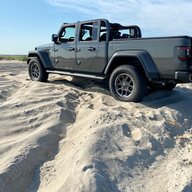 aegiscpo said:
I also noticed the option for MOPAR Snorkel in the build options, thought that was interesting.
Click to expand...

They seem to be changing the building and price almost daily, but I noticed that too and also no option for the mopar steel bumper like available on the Rubicon.

I am interested in ordering the Mojave, does anybody have any information when the 2021s will be available for order?
No Independent Front Suspension 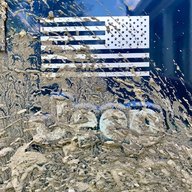 No IFS said:
I am interested in ordering the Mojave, does anybody have any information when the 2021s will be available for order?
Click to expand...

I wish... that would solve a lot of my problems with hesitating to order. This plant shut down is creating a conundrum in my head!

To answer you're question, my best guess would be order banks open sometime in June and builds start some time in July with the first trucks being delivered in late August to early September. I'm solely basing this off of what we have seen as of late for the JL/JLU. The JT was released, I believe, last April so who knows if it will follow the same schedule as the JL/JLU but from reading on these forums it appears Jeep is trying to align the dates of these platforms so it would make sense.

Generally the dealers say 4-8 week deliver time frame. At this rate if you were to order I bet you're looking at 6-8 weeks for delivery. Assuming they do open the plants back up on the 15th of April as planned, you could be looking at a delivery the beginning to middle of June. Possibly when the order banks have already opened for the new model year. I have no idea when they will announce the 2021 and it's changes, a shot in the dark would be late May.

I'm sure there will be some added features on the gladiator, but also a price increase. I would assume the new Uconnect 5 system will make an appearance since it's already announced and even launched on a few other FCA 2021 vehicles. (The fiat 500 in the EU is already on sale with it). They could also do some minor tweaks to packages or standard features like they have done to the wranglers since 2018.

Of course the biggest risk to waiting and ordering the 2021 is you have a high likelihood of a higher price tag. Not to mention if you order now, you lock in the current price and when you take delivery you can take advantage of any FCA discounts being offered on 2020s to help clear them out.
2021 Diesel Gladiator Rubicon
~ Semper Paratus

NACHO IS NOW AVAILABLE ON THE GLADIATOR!!