Not my build: "Overland Gladiator Crawling on 40's & Camping in Style" 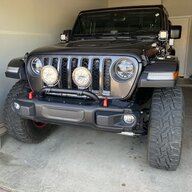 OG40: OVERLAND 2020 GLADIATOR CRAWLING ON 40S AND CAMPING IN STYLE
I was interested to read about this Gladiator build and thought you might be too...this is from Fourwheeler Network http://www.fourwheeler.com/ - a link to the article is at the bottom.

When building one of the first Jeep Gladiators to hit the trails after the truck's release, it was only natural for Mel Wade, owner of Off Road Evolution, to do it in a big way. Before digging into the truck, however, he made sure to put the new Jeep truck through some thorough off-road tests to see just how well the Gladiator performed in its stock Sport-level trim. Compared to other stock pickups in its class, he was quite pleased with its composure over bumps and during low-speed navigation of obstacles—not to mention being able to peel back (or completely remove) the top. Nevertheless, the Gladiator's hours in its unmodified state were dwindling.

Mel Wade's OG40, or Overland Gladiator on 40s, flexes its limbs on the red rock trails in Moab, Utah.

The goal was to go from bare bones to bugout-built and get the rig onto the trails for some serious off-roading—and to get it all done in time for the 2019 Moab Easter Jeep Safari. As a caveat, Mel carefully considered the cost of his project. Between the truck's $35,000 sticker price and all the modifications on its prospective buildsheet, his goal was to keep the EVO-equipped Gladiator within a $70,000 budget, roughly the cost of bringing home a decked-out Rubicon Gladiator. Why didn't he just start with a Rubicon? Mel cited the Rubicon's transfer case and its 4.0:1 reduction ratio as one of the main reasons he instead chose the Sport trim. While the NV241OR Rock-Trac T-case gives Rubicon (Wranglers and Gladiators) the revered out-of-the-box 77.2:1 final reduction ratio (with the automatic transmission), Mel prefers the 2.72:1 reduction of the Sport's NV241 T-case. He says that once the 5.38:1 axle gears and 4.71:1 First-gear ratio are considered, his 68.9:1 crawl ratio is perfect for the challenges he expects to face.

We caught up with Mel during the 2019 Moab Easter Jeep Safari, where he was putting his Gladiator's camping and crawling capabilities to the test. Continue reading for a look at one of the first Gladiators built big and outfitted for adventure. The 40x13.50R17LT Nitto Trail Grapplers keep the Gladiator in contact with the ground, while the KMC 17x9XD229 Machete wheels handle beadlocking duties. To keep the trails lit up after sunset, Mel chose the KC Lights Gravity LED Pro6 lightbar for atop the windshield, a pair of KC Gravity LED Pro6 single lights for the A-pillars, and a KC Flex Quad Combo system for each end of the front bumper. Off came the Gladiator's factory bumper, and in its place went EVO Manufacturing's Quarter Pounder steel bumper, with enough space for the Warn Zeon 12-S winch and Epic Sidewinder shackle, enough clearance at the sides for the rig's 40-inch stickies, and enough 1/4-inch-steel strength to stand up to obstacles. Mel was thoroughly impressed with the performance of the Gladiator's suspension as it came from the factory; however, in order to handle the large tires and payload of gear he had in his sketchbook, everything stock had to go. King remote-reservoir 2.5-inch shocks were put in charge of damping in the front, while the EVO 6.5-inch Enforcer short-arm lift kept the truck off the ground. Replacing the Dana 44 in the front was a Dana Ultimate 60 axle packed full of 5.38:1 gears and an Eaton ELocker. Yeti HD steering links from Steer Smarts kept the tires in line, and a hydraulic ram-assist system from PSC Motorsports made aiming the sticky 40s an easier task. EVO's track bar was also employed to center the axle under the Gladiator. Like the front, the rearend was a Dana Ultimate 60 with 5.38:1 gears and a similar Eaton ELocker. When pointing out the Enforcer Overland suspension brackets, Mel told us the brackets for the EVO short-arms were raised 2 inches from their stock heights, increasing ground clearance and correcting the suspension geometry. The brackets are also said to be compatible with long-arm lifts. Another pair of King 2.5-inch remote-reservoir shocks damp movement in the back, while the truck's load is supported by the dual-rate coil springs. Mel was overjoyed to find that the Gladiator's rear track bar was straight, compared to the curved bar found on the previous-generation Jeep. This allowed him to craft a beefier EVO-spec track bar without any curves or subsequent sacrifices to strength. Mel outfitted the bed with an EVO rack designed specifically for the Gladiator, and he hinted that a similar design might be in the plans for other trucks in the segment. The rack sported RotopaX fuel and water canisters, a fire extinguisher, traction boards, a shovel, KC Lights camp and race lights, and a rooftop tent from Roam Adventure Company. The Gladiator's long wheelbase left the rocker panels quite exposed to trailside obstacles; however, the EVO body-mounted sliders were fastened to each side for added protection. Holding the massive spare tire was another EVO creation—a swinging tire carrier mounted to, you guessed it, an EVO rear bumper. More KC Flex lights were recessed into the bumper for illuminating the trails when in Reverse, and with the deletion of the factory bumper and towing hardware, Mel increased the truck's departure angle to a respectable 42 degrees. At the end of a long day on the trails, switching the Gladiator from "crawl" and into "camp" mode is as simple as unfolding the tent, sliding out the ARB electric fridge, and digging into a meal around the campfire circle. An EVO-designed roof rack expands the carrying capacity of the Gladiator to include the space above the passengers. 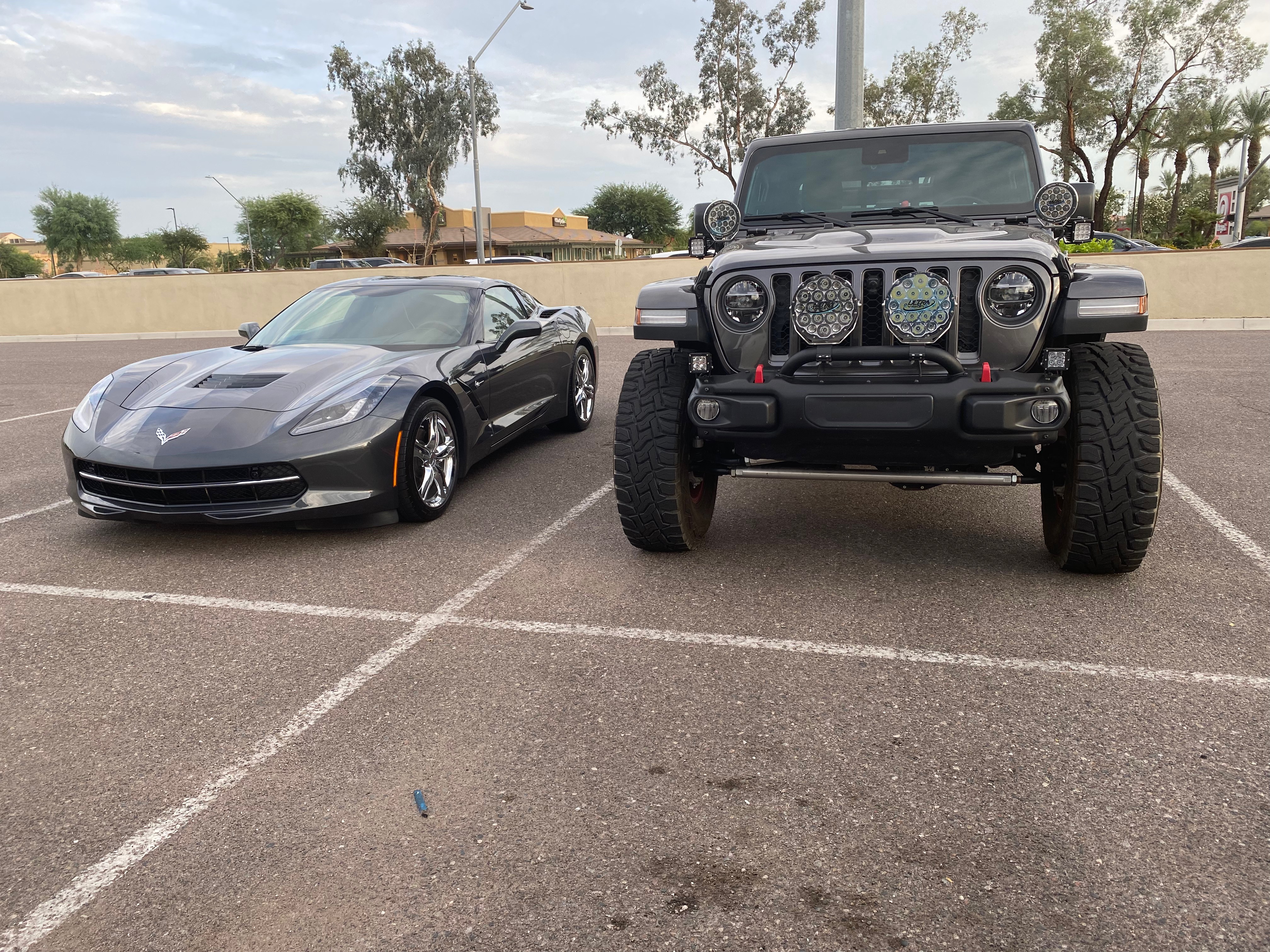 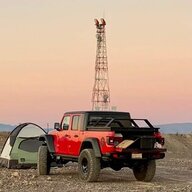 not my first rodeo JT build