Curious what the new Jeep CEO Tim Kuniskis has to say about a high performance Jeep Gladiator potentially in the pipeline? When asked at the Detroit Auto Show about the info we brought you regarding a potential Gladiator Hercules, here’s some of what he had to say.

“Hercules? Wow. That’s getting a lot of traction today,” he said. “I think the pictures are cool—I don’t know who made them—but they look interesting.”

“Sure, there’s a space there,” but with the coming Rubicon he added that already Jeep would be on “a level playing field.”

“I think we’re just scratching the surface on where that thing [Gladiator] can go. There’s nothing else like it…it has massive potential,” he said.

Kuniskis provides more reaction in this full Hercules conversation. So what do you think — has Kuniskis confirmed, denied, or artfully avoided addressing the Hercules question head on? 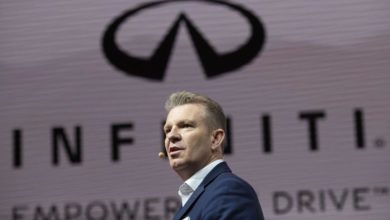 The New Chief of Jeep is Christian Meunier 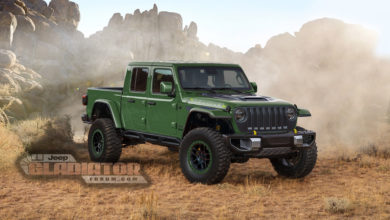