The one that got away... 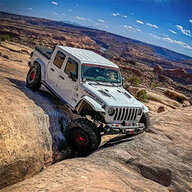 We're not talking about women here fellas... haha! (or men for the ladies on here... or anything else in between.)

I love these stories. It's good to sit down and reminisce about the good times every once in a while.

What is the one vehicle you don't have any longer that you wish you still had? Pictures only add to the story! 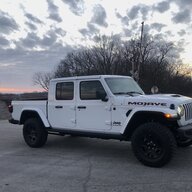 I've had a ton of cars in my life but two cars come to the front of my mind when I think about this.

First, a 1991 Honda Prelude SI 4WS... the car was an absolute turd when I got it and I genuinely turned every single bolt on that thing during the time that I had it. After I blew the motor up for the second time after multiple transmissions, I took that damn thing to the junkyard and got 50 bucks for it and immediately went to the mall and bought a 100 dollar pair of shoes. Traded the thing for one shoe! HAHA! I have no idea why that car comes to my mind... it was terrible... but I definitely had some good times in it!

Second... and my official answer... a 2007 Platinum Silver Metallic Subaru WRX STi. I only had this car for about a year. Sold it in late 2010. Full 3 inch turbo back straight pipe exhaust with a Cobb stage 2 off the shelf tune. Super clean body. Flawless interior. Low miles. Plus, I had the stock STi wheels powdercoated metallic blue... it looked bananas, but I loved it. I was getting out of the Navy and we were moving to Houston. My wife was driving my 2004 WRB WRX that was fully built. Full suspension, full brakes, gutted, bolt in half-cage, 350whp... but I couldn't blame her for not wanting to drive a manual in Houston traffic. Had to get rid of one of my scoobs and I just couldn't part with the '04, I'd had it for years and it meant a lot to me. Sold the STi and got her an Acura TL Type-S that we still have to this day.

I just feel like my time was cut short with the STi and they are so damned expensive now. If I could get that thing back, I would 100% do it. I'd probably keep it forever too!

I'll find some pictures of it at some point and edit this post!

Edit: Found a picture of the scoobs! 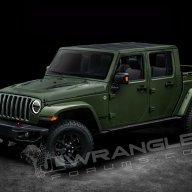 That's another one of those vehicles that is now being appreciated for how great they are but when they were new, just never really caught on! They are such sweet trucks!

I was 17 and had an opportunity to purchase a 32 Ford steel body coupe 3 window. Worked at an auto parts store. Didn't have enough money......which by todays standards is nothing. Perspective he was only asking 1700.00$ Uggggg. 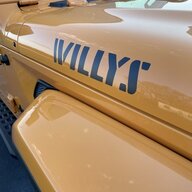 Free2roam said:
I was 17 and had an opportunity to purchase a 32 Ford steel body coupe 3 window. Worked at an auto parts store. Didn't have enough money......which by todays standards is nothing. Perspective he was only asking 1700.00$ Uggggg.
Click to expand...

That one's rough... you should have just held onto the body and never touched it and make a killing on it today! HAHA! But if we had the perspective we have today when we were 17... I'm sure there are TONS of things we would have ended up doing differently! 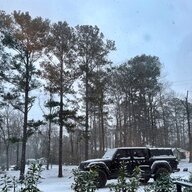 1967 International Scout 800A. Gutless little 3 speed 4 cylinder, but I loved it (less than 150hp if I recall, but with a granny super low gear that would climb a tree). It was in great condition, original 8 track player still in place. Slung a rod through the oil pan and at 16 yrs old didn't have the money to repair it, or a place to park it until I did. Paid $1900 for it.
Not mine, but looked very much like this: 67 Chevelle SS with the 396 and manual transmission...loved that car! (not my pic but same color/year)

My first car in high school was an '86 Firebird. All black, it was mean too - my dad and I fully serviced the engine with all new or replacement parts, transferred over a lot of take-offs from an '89. It was fast and it was loud. I was only 17 and wrecked it.

My singular "missed opportunity" was my cousins '70 Mach 1. He had it for years, slowly rebuilding it. He ended up selling it for 5k before I was old enough to drive.
Ethan | @ethannewago on Instagram!
Proudly sponsored by: Truck Hero | Rugged Ridge | Superlift | AVS | N-FAB | Redline Tuning
Member of the New Jersey Jeep Association.
OP

NOOOOOOO! That's a terrible one! Haha! 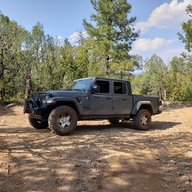 In 1992 I was 17, I could've bought a '68 Pontiac GTO for $500. Body was rough but it purred like a kitten. Interior was okay. The guy who owned it lived in an unincorporated town south of Mason City, IA called Hanford. It had a rep for being a drug dealer's haven. My dad and I went to go check it out and he talked me out of it by telling me he'd match my $500 on a 85 Monte Carlo he knew about that he could get for a $1,000. It was a decent car but man after test driving the GTO I was in love. My dad insisted though after the guy who answered the door looked tore up. He kept on saying when we were test driving it, "the guy's a drugger, we ain't feeding his habit." He kept pointing out everything wrong with the car. Nit-picking it really. I still dream what could've been...
Advertisement
You must log in or register to reply here.
Share:
Facebook Twitter Reddit Email Link

The story of 4 Tundras crashing inthe Rocky Mntns. ( And the Jeeps that took them home).

FCA not the only one working on I-6 Turbo...

Got a new ride at work today

I got a RAM instead of a Gladiator...