Anyone here subscribing to UConnect service? 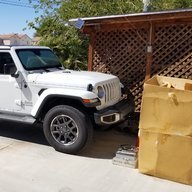 Tapped_Out said:
After I installed the Uconnect app, thinking it was harmless stuff like unlocking the doors, I started going through the menus and found the family drive thing. Had to Google it to understand what it does.

We can both throw around IT credentials, bro. I was an information systems security officer for the Army. The "darkweb" is a real thing. Scary too!

The Uconnect app is not doing the tracking. It just gives you an interface to the sections of the SiriusXM system that are user accessible. The Uconnect system in the truck regularly calls home to report location and other information. It is always on to receive calls from the mothership. That never turns off, only your access to the features if you don't pay for the service. 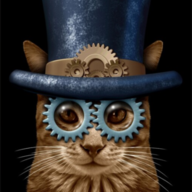 Mr._Bill said:
The Uconnect app is not doing the tracking. It just gives you an interface to the sections of the SiriusXM system that are user accessible. The Uconnect system in the truck regularly calls home to report location and other information. It is always on to receive calls from the mothership. That never turns off, only your access to the features if you don't pay for the service.
Click to expand...

All that other info is for marketing anyway. It's how companies make their money these days. When someone buys this vehicle, what do they do with it? What about average miles per year, per month, how do they drive it. It's all about being able to target advertising and products. There's no personal information involved (unless it's google and fakebook)
I helped my daughter in law pass her college marketing courses and get her degree. Her husband, my son, already has his degree but they aren't always together as work keeps them apart so on one trip, I was helping her with her marketing classes. What apps do you use, how do you use them, what are your interests - not YOU, but as a human person. It's part of the studies for product improvement, progression, and tailoring for users.
If users of a certain product or app aren't using it as expected, it's costing them money so they make changes - based on the findings in the app or product. Generalized advertising is costly - but targeting it is a huge deal.
Unless you have your SSN, other PII in there, so what if someone finds out how a vehicle is used?
The "dark web" people are after money, real results, not one or two at a time. They want to carpet bomb, or go after targest worth something. They have almost no interest in you - your credit card, yeah - and that's why I never ever use my phone for any business of any sort.
My phone does NOT have any twitter or fakebook apps on it, no other messaging other than the built-in text app. I don't do banking on it, I don't buy things with it, my web use is very limited on my phone. I also restrict apps to those that are mainstream purchases, no freebies, no games at all ever and I run security software on it.
My laptop is also very secured - camera hardware disabled (can't possibly be turned on unless you have it in your hands) plus there's still tape over it. Microphone also totally disabled. I run the same sort of security software on my laptop I used with the state.
If you call, it won't get answered unless I have your number in my contact list. I text very seldom, and only things like grocery items, generic things, no locations, no numbers and I don't use names.
I have no fear of the apps I run on my JT, nor of the built-in UConnect GPS system. So what if they know I shop at the local Hy Vee grocery store? Big deal! Why would I care? They have no idea when I might be there. I also keep varying my schedule for things and my neighbor keeps such a close watch that even my own brother-who sadly for him, looks like me - was challanged by my neighvbor and scare the crap out of my brother.

There is nothing about my JT that bothers me, and I use little on it that gives me concerns.

On the positive side - a member of a different forum - years ago was in a major accident. He and the other driver were the only ones present. No other witnesses.
The marks on the highway were rather inconclusive. The other driver claimed this guy didn't stop and caused the accident. He was being sued for more damages than he or his insurance could possibly cover. This was years ago before some of these systems became the norm. I wonder if perhaps he had a GM vehicle.
He pulled out a little surprise that ended things and stopped the suite cold - the little black box proved that he was not only not speeding, but he had stopped. The other guy caused it all.
I don't recall the details of who was where, when and so on, but this guy was thrilled that GM was able to show (after some effort) that he was not at fault.
That guy was very thankful that something was able to prove he was not in the wrong.
Had there not been that evidence, who knows.

In any case, so far I've seen nothing on the JT that bothers me, nothing beyond what I know about marketing due to my education in that area and my son's and daughter-in-law's college courses (far more current than mine! HA)
The only thing that did bother me is sitting on a shelf, powered down. It was that dealer-installed GPS device.
I have wondered about it - interesting that even dealers can't connect with the GPS in your truck to track it if it's a leased vehicle, rental, whatever - they install other devices. There must be a reason thatr Siriux and UConnect don't even let a selling dealer access that stuff for real reasons.
I am genetically incapable of being politically correct.......
Advertisement

Anyone else bothered by this Uconnect feature?
2

Uconnect upgrade from 5 to 7