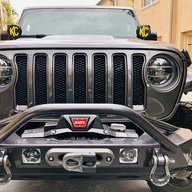 Got my build sheet today 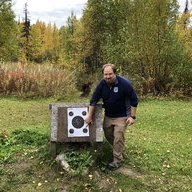 Checked this morning and now I have a windows sticker for my GCMLE!

GCMLE arrived at my dealer in GA Friday evening. It’s going straight to Fortec on Monday for lift and 37’s and picking up Weds 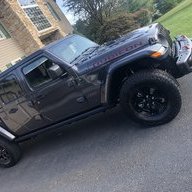 You can add me to the list, just picked up a GC LE this past weekend, LOVING IT!
a_flyboy
If I't not flying, I'm driving either our 2020 Gladiator LE or 2018 JLU Sahara

a_flyboy said:
You can add me to the list, just picked up a GC LE this past weekend, LOVING IT!
Click to expand...

Off the lot or ordered it? If you ordered it, when/what/where of the order.

terrordbn said:
Off the lot or ordered it? If you ordered it, when/what/where of the order.

Off the lot, Eastern PA
a_flyboy
If I't not flying, I'm driving either our 2020 Gladiator LE or 2018 JLU Sahara 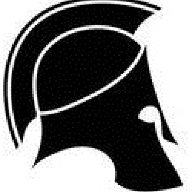 a_flyboy said:
Off the lot, Eastern PA
Click to expand...

Can we ask what the vin number is? Hello, new guy here. I’ve been sitting on the sidelines reading and learning about these Gladiator’s for 5 months now.

Finally received my Granite LE. I’m glad I waited for the color I wanted. Here are some quick shots of her. Lift, wheels and tires will be here next week. I’ll be sure to update. 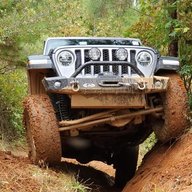 mmollo said:
Hello, new guy here. I’ve been sitting on the sidelines reading and learning about these Gladiator’s for 5 months now.

Finally received my Granite LE. I’m glad I waited for the color I wanted. Here are some quick shots of her. Lift, wheels and tires will be here next week. I’ll be sure to update.

Nice looking GC Gladiator and nice Ferrari next to it!

Gladiator was supposed to be ready yesterday but the dealer had problems with its online communications with the DMV and advised it was was going to be delayed until Monday. Hard to believe that after getting our hopes up (including those of our five year old who couldn’t stop talking about it at kindergarten), we faced another delay that would, due to other commitments, delay our ability to pick up the vehicle for two more weeks. However, the salesperson and dealer worked very hard to find a solution (dealing with the DMV from an affiliated dealer) and did so by this morning. Delivery this morning was smooth, and despite my prior bad experience with this dealer whom had been assigned to us by FCA, the new salesperson (the others were no longer with the dealer) who handled the matter over the last week and today was really fantastic. In fact, despite all those prior experiences, I would deal with him again. I will post his name in another way at some point and thank him.

After we picked it up this morning, we drove 100 miles, mostly on the interstate. Some initial impressions in response to some of various comments read on the various forums and some of the reviews:

- steering tighter than some had led me to believe. It is almost the same as our Range Rover Sport in the city. Got a bit loose on the interstate above 35 but that is probably as much the tires. Actually got better above 60.

- the tire and road noise was better than expected.

- the automatic cut out and restart of the engine was much better than expected compared to the other Jeep’s we have driven. We didn’t notice it most of the time and I was not automatically reaching to deactivate it like I have done before.

- there is more legroom in both the front seats and back seats than I was led to believe. There is also WAY more headroom. I am 6’3” and it was very comfortable. Both legroom and headroom are better than in Range Rover Sport. Whomever was writing those reviews was either a Ford person or has been driving full size trucks.

- the automatic transmission was smoother than I expected, based on driving prior Jeeps and my expectations for this low gear ratio. Stayed engaged in the lower gears a bit longer than in the higher gears but that is probably expected. On the interstate, we mostly stayed around 60 to 65 but when pressed to 70 and 75 the RPM’s stayed remarkably low. Overall, his engine seems much better than the other FCA 3.6L’s we have driven.

- cruise control was a bit finicky and I couldn’t get the adaptive part to work at all. It might have been first time user error.

- seems a little clunky putting it into reverse but we will monitor that.

- the tonneau cover is of very high quality and fits well.

- the FCA stock NAV, as reported by others, is not that great. But you can pair your phone and run Waze or Googlemaps on the screen.

- paring a Samsung was easy. Paring an iPhone seemed a bit more difficult for some reason. We listened to a podcast for the whole drive (faded to the front speakers only as our son was watching a movie on his Kindle and really wasn’t interested in NFL news) and the sound was great.

- there are many Easter eggs, as you will see in some photos (don’t look if you want to find on your own).

- the front seat floor boards do get warm. Weird. But not uncomfortable.

- the lack of a left foot rest/support is weird at first. If you have it on other vehicles, you automatically go searching for it and i would prefer to have it. But the floor boards in that area are at a hood angle so I think it is fine.

- the color is really, really great. This vehicle will primarily be for my wife (for driving on the beach). This is the color she really wanted and, despite a lot of angst and frankly anger over the past five months, it was worth it to wait. There were two other Gladiators in other colors at the dealer but they did not compare. We have had a lot of looks during the drive and, when we have stopped, we even had some questions and even comments about the color. You will all be glad you hung in.

- the lift is a nice height and the 33’s seem large enough. In a number of other photos, I thought we would go to 35’s but now I am not sure. Will wait til Spring to decide.

- will definitely get some Mopar add ons, including in particular the door sill protectors, the height is going to have you stepping on the sill.

- and last but not least - no Bluetooth speaker. And really no explanation since it is on the build sheet and the window sticker. Stay tuned.

- all in all, this is a home run. We couldn’t be happier and I know you will be. Fingers crossed that everyone gets their delivery soon. Thinking of you.

Will lost more thoughts in the coming days.

Apologies for the number of photos to follow (including the one of my wive toasting with a glass of rose wine). However, people seem to always ask for more photos. Phljeeper said:
Nice looking GC Gladiator and nice Ferrari next to it!
Click to expand...

Thx. That’s my wife’s fun car, it’s the Ferrari California.
I kind of feel bad, this Gladiator is my third fun vehicle. It’ll get moved into the rotation with an
85’ CJ-7 and a Lamborghini Aventador.
My F-250 will still get most of the daily driving duty.

I just brought home my Granite Crystal Launch Edition a few days ago. I love this thing! I got a Mopar 2” lift thrown in for future use. 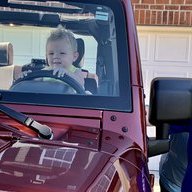 Received my window sticker & build sheet yesterday, just under 6 weeks and couldn’t be more excited. Travis is expecting it to hit their lot the first week of October. Already have mods sitting and waiting and soon the Mod Bond will begin 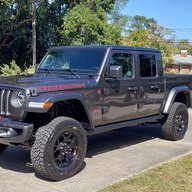 Finally got my GCLE today! It was definitely worth the wait! now to empty the pockets for mods.