The All New BAK Revolver X4s - Information and Group Buy

I'd like a quote please. Just got my gladiator last month
OP
OP 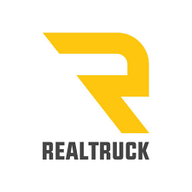 @Spr getting you a quote sent over
Alex Pendleton
Email - [email protected]
https://realtruck.com/ 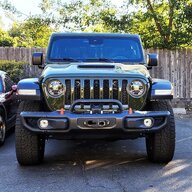 Do you have any information on a standard t nut or hardware that fits the t slot/channel on this cover?
22 Mojave in Sarge Green.
Build Log -> Here
IG -> Here
OP
OP

I haven't heard on specific ones that work/don't work but should accept any standard t-slot accessories
Alex Pendleton
Email - [email protected]
https://realtruck.com/

nas4a said:
So I tried something yesterday to resolve the gap at the cab edge of the cover. I got some of this FROST KING EXPANDING WEATHER STRIPPING. This stuff is pretty cool. It compresses and expands a lot more than most weather stripping. Per the package, it compresses down to 1/4", and expands up to 1". It's also a lot denser foam, so I don't feel like it'll hold water.

To install, I actually put it on upside down - that is, I unbolted the tonneau from the side-rails, and flipped it up so I could put the adhesive on the flat, smooth cover rail instead of my Line-x covered bed. I figured this would help adhesion in two ways - first, it's much smoother, and second, it keeps the adhesive at the TOP, not along the bed rail where the water would wear down the adhesion.

Once I installed it and re-bolted the cover down, the foam compressed about 1/2 of the way, which lead to a nice really tight seal. I also managed to compress a little piece by hand and slip it in where the rails ended to fill that gap in too. TBD on how it fares longer term, but it's way better than the stripping that came with the cover, and better than most of what I've found so far.
Click to expand...

3 months in and this stripping is still holding strong and keeping the bed largely water-tight. I ran it through an auto car wash a few weeks ago and there was some water in there, but it was more along the sides which made me think it came in elsewhere. Still loving this tonneau.