How many Jeep branded rides have you owned? 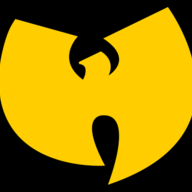 This is only my second Jeep. Years ago, I had a 2003 Liberty Sport.
Not the most trail-ready Jeep I'm sure, but didn't matter as I didn't really do any off-roading, beyond a few dirt roads to go car-camping.
I beat the shit out of that thing, but it kept coming back for more. It was slow, had a center of gravity so tall that the draft of a passing 18-wheeler felt like a hurricane, and had seats that felt like a park bench. My wife hated the stiff seats, the stiff ride, and especially hated riding in the back. Still, I have fond memories of that Jeep... was the first vehicle we owned as a married couple, the car that took my first kid home from the hospital when he was born, and took us on so many road trips. Funny how you can love some of the shittiest cars...
Paradise lies under the shadow of swords.
Fluorine Uranium Carbon Potassium Bismuth Technetium Helium Sulfur.
Germanium Thulium Oxygen Neon Yttrium.

Saw a few LJ’s pop up as past rides for a few. That‘s a Jeep I should have kept. Had a ‘05 Sport for a couple years. 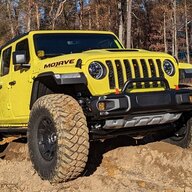 Interesting and totally random thought to this thread. I took my road test for my driver's license in 1996 with my grandmother's 91 Cherokee Limited.....black, gold mesh wheels with gray leather and sunroof. I loved that thing. She traded it shortly after for a new Grand Cherokee Limited in the same spec and color options.
MINE - '23 High Velocity Mojave - A whole mess of stuff, more to follow. 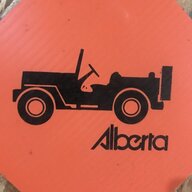 I’ve had a good assortment over the years, and have had at least one Jeep in my life since 1985 when I bought my first ‘83 CJ7. 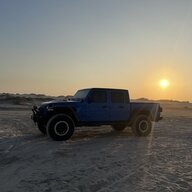 My current is a 20 JTR ( been in the shop for a month now) I’ve had 1 TJ, 3 JK, I bought the kids new renegades when they were in college, my daughter traded hers for a JL Sahara when out of college. My son still has his renegade and just bought a nice XJ.

Mike25 said:
My current is a 20 JTR ( been in the shop for a month now) I’ve had 1 TJ, 1 LJ, 3 JK, I bought the kids new renegades when they were in college, my daughter traded hers for a JL Sahara when out of college. My son still has his renegade and just bought a nice XJ.
Click to expand... 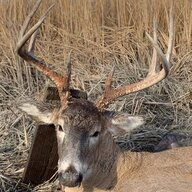 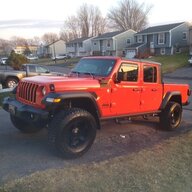 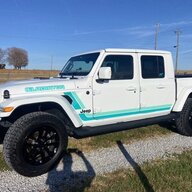 This is my 1st Jeep. My son has had 2 Cherokees.

My Mojave is number 5 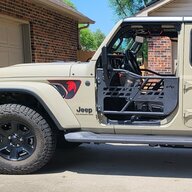 2017 JKURR, 2020 JTS, 2022 JTS Diesel. Prior to that, I wheeled Isuzus all over the country for about a decade. Parts were getting hard to find, so I switched to the Jeep. Money isn't worth anything until you spend it.

I can’t have this previous Jeep product discussion without also bringing up the memories, many not good.

2012 Wrangler Unlimited 4-Door: First year with the Pentastars to my recollection. Nightmare! Bad cylinder head at 9,000 miles. Another bad cylinder head at 22,000 miles. Prior year entertainment system with a hard drive smaller than advertised on the window sticker said was put in it, limiting my music storage. Had to fight with Chrylser to get the right one installed. Chrylsler demanded that I show the “original” window sticker as proof. Had to drive to another state to get it out of a storage unit.

2018 Wrangler Rubicon 2-Door. Passenger seat adjustment rod/handle pulled clean off the seat on second day of ownership, making the passenger seat totally unusable. Had a big argument with the selling dealer who wanted me to wait weeks for a part to get it. Was our main vehicle at the time and needed it for medical appointments, etc. The selling dealer eventually swapped the seat out with another new Rubicon after I threatened to leave it there to get repo’d.

2020 Gladiator Mojave: Got sold the vehicle with the open recall for the steering gear. Tampa’ big Jeep Dealer denied knowledge of the recall. Thing was literally all over the road at highway speeds. Dealer also put a tracking device in the vehicle that I wasn’t told about. Got a call from the tracking company about a week into ownership wanting money for theft protection. Dealer promised to send a tech to our house to remove the tracking device, but never did. Towed a 12’ Uhaul trailer from Florida to Nevada with it. The experience was so bad, we sold it 3 months into ownership. Lost a ton of money. The Uhaul trailer wasn’t real heavy, only two adjustable twin bed frames and memory foam mattresses, some personal paperwork and clothing, and kitchen stuff for a studio apartment. The Pentastar lacked power to get it up the mountains in New Mexico. The engine was screaming and was getting like 10 mpg for most of the trip. Above 50 MPH, the trailer would sway uncontrollably and threatened to flip the vehicle multiple times. My spouse was a mental wreck by the time we got to Nevada. We sold it. The newly out Gladiator was her baby that she’d wanted, but she fell out of love with it quick after the trailer and steering gear experience. We had the FOX damper installed before leaving, but it didn’t help any. $250 down the drain. The steering gear was still on backorder at trade-in. Wink, wink from all parties involved.

2021 Wrangler Unlimited High Altitude Diesel: Had to edit this one in, forgot all about it. We only had it several months. Flipped it during the vehicle shortage for nearly the MSRP. Traded for a new BMW i3 electric car with a huge military discount. A bad decision in hindsight. Nice vehicle, no problems at all with this one.

2022 Gladiator Rubicon Diesel: So far, so good. Really like the vehicle, but eyes wide open about the towing problems. But we’ll at least have more power this time with the diesel. Steering isn’t as bad, but could still use some serious improvement. Didn’t plan on owning another Gladiator, but we were driving a 2022 Scatpack Widebody Challenger and the roads are so bad here in the Midwest, that they’re a danger to a vehicle like it. Huge potholes all over the place, etc. Not much of a threat to this Rubicon. Plus it’s pretty protected against hail damage too. There isn’t much metal exposed, other than the hood mainly. I have to give Stellantis credit, they’ve managed to keep at least some vehicles on their dealer lots during this pandemic. Diesel Gladiators were in short supply when I picked this one up in July, though. Especially with it having all of the safety packages, one of three in the nation according to Cars dot com.
Last edited: Aug 31, 2022
It’s pretty weird. You drive away from the dealership and people you don’t even know just start waving at you. Then your spouse wants to know what’s up with that? 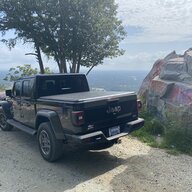 If I remember correctly, 4.

How many "experienced" Jeepers do we have?
2 3

Poll: Gladiator buyers - have you owned a Wrangler?
6 7 8

can you have too many lights?