Burned to the ground… 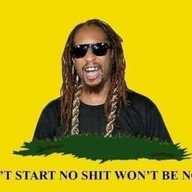 I threw a code while pulling my camper recently. Thankfully I was just adjusting my wdh so wasn’t really on the road at all.

happened to already have an appointment at the dealer so added it to the list, wholly believing it was just a faulty sensor. Turns out my cooling fan just stopped working…good timing to have it fixed since i have a trip with the family next week.

makes me think this could have happened to me if I hadn’t gotten the code when I did.
Advertisement 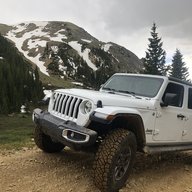 Gren71 said:
I threw a code while pulling my camper recently. Thankfully I was just adjusting my wdh so wasn’t really on the road at all.

happened to already have an appointment at the dealer so added it to the list, wholly believing it was just a faulty sensor. Turns out my cooling fan just stopped working…good timing to have it fixed since i have a trip with the family next week.

makes me think this could have happened to me if I hadn’t gotten the code when I did.
Click to expand...

You sir, need to buy a lotto ticket. 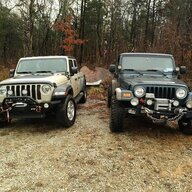 maligator said:
Are there any 4 season light campers that anybody knows of. I don't want like a tiny pod, but something small that has heat/ac, enough room to stand and walk around in at least part of it and maybe sleep 2 people that don't want to hold each other and a dog. I want something for Hunting and some camping in the summer.
Click to expand...

Look in to the fiberglass T.T. lands aka Casita, Scamp, Excape, ect. The first two are not really 4 season but Excape's, Oliver's and few others are.

Now with that it's a big part of why I bought a 16 Scamp Deluxe T.T. it was within the towing ratings for my LJ within reason not a flat face and under 3500 lbs. the 13 would be better, but the listed interior hight was to short for me plus I was going "full-time" with it. I don't tow it with out a W.D./ sway control hitch, "I've got to reset it for my JT now" when I take it on the road trip.
I wish the best for our member that lost the JT in the fire and hope to find out the reason (s)

On the fire extinguisher subject.. I have 4 in my JT it's one of my first "mods" for all my vehicle's. A fire extinguisher, first aid kit and basic tool kit. First is a basic 10 BC, a Halguard #10 size and 2 Element ones by side of front seats. My LJ has 2 10 BC. I've seen a quite a few vehicle fires over the years.
One of the worst over 26 people died maybe as many as 50, we don't know due to the size of the fire. No one knows exactly how many people was burned alive in it due to it being 23-26 fuel tankers that burned and many had a co driver, the road actually was burned away. A long bad story, if the command would have followed my recommendation of holding up the convoy(s) for a few hours until the fog burned off. That may have not happened, I was "relieved of my position" and almost charged under UCMJ (would have been if the wreck and fire didn't happen). But many military officers don't listen to SSG and below vs SFC and above.
Sorry for a thread drift and a downer of memory. I started reading this thread it was on one of the dates I remember some of the bad times. 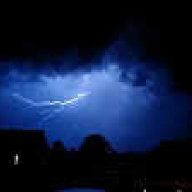 ShadowsPapa said:
There's a heck of a lot of stuff "underneath" these things. Exhaust, fuel, transmission, on gas - cat converter, plastic lined cables, you name it.
All speculation so far - transmission? Wow, to catch fire when it's all enclosed - isn't there an over-temp warning on these automatics?
But again, all speculation. I've seen bean fields in Iowa set ablaze by hot exhaust......... did a chipmunk stash some seeds up there? Who the heck knows!
I've never seen an automatic survive heat enough to catch fire without first locking up - or slipping so badly they stopped moving.

The flames on the ground - if that's blacktop/asphalt, it would burn if there was a fuel line ruptured and dropping fuel on the ground. I know - as a prank my senior class brought in an outhouse and set it on the HS parking lot and set it on fire - the damage to the parking lot was extensive! Under certain conditions, it will burn.

But again, back to - it's all speculation until the fire marshal or other entity delivers their verdict. I'm sure insurance will want to know exactly what happened.
Click to expand...

That's the crazy thing. This fire was on the left side. The right side is where all the "bad" stuff is! Battery, fuses, EGR, DPF, it's all on the right hand side. Odd!


CreepyJeepy said:
FYI the weight limit is 6000lbs on the diesel automatic overland from my reading, also the frontal area of your trailer is beyond what the manual states, and thus that trailer is over the max for that gladiator.

If you look in the book it defines the max frontal area, which (i think is 66sqft, maybe 62sqft) Your trailer is 8' wide and likely 9' tall. thus over the limit.

I wonder if an oil leak occurred at the turbo and caught fire.

Exhaust Gas Temps when towing flat land get CRAZY high in this eco diesel (1575) on my 3400 fully loaded rpod.... If the heat wrapping around the turbo got soaked in oil, with exhaust gas temps that high, you are asking for a melted jeep.

There's no way it's a 9 foot trailer. Maybe 8.5 wide, 7 tall. That's just barely outside the 56 sq/ft maximum frontal area. Yes I realize some trims are stamped less, but it's bologna. A Gladiator is a Gladiator. They should all get the same max frontal area. And this guy was at spec.


Trailman said:
I don't know what @WXman purchased, but often "automotive" branded extinguishers are 10B:C. Personally I prefer to carry the same size home extinguishers, which are 1A:10B:C. In other words, the same coverage for liquid, gas, and electrical, with coverage for standard fires as well. I camp a lot and like having the ability to put out a potential forest fire, which to me is more likely than a vehicle fire (knock on wood).

I have these first alert all over the house and one in the truck.
Click to expand...

To be fair, while at Lowe's I looked at all the extinguishers they had on the shelf and all were rated the same as my "automotive" extinguisher. I mainly picked this one because of it's size and the type of actuator valve installed on it which both seemed better for carrying in a Jeep.


ShadowsPapa said:
The 80% thing is not really a rule, it's just something that gets passed around a lot as a rule.
Trailer and towing sites as well as other authoritative resources basically say at normal/lower altitudes towing up to capacity is fine. (only forum answers seem to mention that as a "rule", authoritative resources don't)

etrailer says it's fine to tow up to your stating towing capacity.
Another site says the same, but includes reductions for altitude, and they say the 80% may have come from that because at higher altitudes, the reduction for every thousand feet or whatever it is ends up being about 80% so suggest that may be where it came from.

From a towing site -
But the so-called 80% rule (again, which one?) is a performance rule. In truth you can safely tow right up to your maximum towing capacity of 6700 pounds. Keep in mind this is computed with the vehicle empty so it's not a planning number, it's really a maximum.

And another trailer site -
Most of the major truck manufacturers are now using SAE J2807 as the standard for calculating GCWR and TWR, I don't think having a buffer is any longer necessary. With today's modern standards, I don't see any reason not to tow up to the calculated max allowable for a tow-ready vehicle.

From another towing site -

I think a C02 fire extinguisher is much better than dry chemical for vehicle fires. I used to use those a lot during training when I was in the Navy. They're very good at putting out Class Bravo (fuel) fires. They work really well if you point them under an engine compartment that's on fire. The CO2 gets pulled up and extinguished the flames. (Opening the hood typically makes the fire worse.)

Unfortunately, a CO2 extinguisher is over $100. Well worth it I'd say, but much costlier than the dry chemical extinguishers at the big box stores. 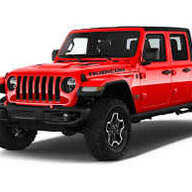 JT LIFE said:
Will be interesting to find out what caused this.....
Hopefully not blamed on COVID-19!
Click to expand...

Ground to fender height- driver side approximately half an inch higher than passenger side- normal?

Anyone going to the LA Auto show? To the reveal?