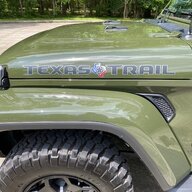 What I still don't understand is all the hate for the ESS.
It's proven to lower fuel consumption.
It's proven to reduce emissions.
The vehicle is designed to withstand the additional start cycles.
It's ready to go by the time you get your foot from the brake to the accelerator (at least for me.)

Maybe because there are people like me who have already had to have the aux battery replaced under warranty at 21,000 miles due to it failing. Just got it back the other day and guess what...it's already starting to fail again. Stop/Start constant reading "not ready" and when it finally does become ready and actually shuts the engine off at a stop light, when it starts back up it now shakes the entire Jeep, gives a warning light about power steering failure and then starts. The whole implementation of the ESS on the Jeeps is a complete failure as evidenced by numerous threads on here and JL Forums about aux batteries dying and everyone looking for a bypass.
https://www.instagram.com/7barproductions/
https://www.facebook.com/7barproductions/
https://www.youtube.com/channel/UCGOVXqnfr_hXxgGXG7dfQ7w 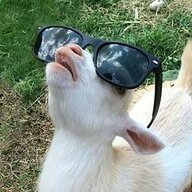 alpineovernappa said:
What I don't understand is why they include ESS on the diesels. I see the EPA logic for a gas engine, but on a diesel? The factory batteries on these are awful. I use a smart battery conditioner every 2-3 months to maximize it's life but the JT's charging system is almost constantly outputting 14.5-14.9 volts to compensate for the ~12.3-12.35 resting voltage of the battery. This is all despite being driven ~30,000 miles a year, disabling ESS and using a tender. Does anybody know who makes the OEM battery for MOPAR?
Click to expand...

For me it's a preference thing on the gasser, I find it annoying, but whatever.

But for the diesel it's something I want to actively avoid. They tell you in their own owner's manual how long to let the vehicle idle after driving it to allow the turbo to cool down. Maybe it never actually kicks on with the diesel, I don't know, I've had it disabled since day one.

I just sold my Tazer and switched to using Jscan, I didn't like having to keep the SGW bypassed all the time. I got a SmartStartStop module, it works flawlessly. It just saves whatever state you last left the ESS button in.

ShadowsPapa said:
oh my god. Again, I'm the one with ADHD and YOU are the one that can't pay attention.
It's not heavy traffic - in fact, in heavy traffic it's likely to not shut off because it must reach 3 mph and travel a certain distance before it will reset and shut down again. It's PROVEN by independent studies done by multiple independent sources, including Edmunds, to save 7 to 10% with their testing showing that 10% was a reasonable expectation for savings. Other studies agreed - and came to the same conclusion.

It can't default to off or they get NO credit for the system in their CAFE numbers. Again, you just prefer to be ignorant about it because of your pure hate of what you "don't get" and choose not to get.
Chevy used this, Mercedes, Volvo, BMW and other auto makers have used this same sort of system with two batteries, one being a "smaller aux battery".
If the high-end auto makers have found it works - then why not lowly Jeep?

Those who pay attention to signs - there are reasons that vehicles since the late 1970s have sometimes come with a VOLT METER. Too bad people don't pay attention to their cars and trucks, watch and learn and pay attention to the very tools that they come with to monitor systems.
If one knows how things should work, then they can watch volt meters, and the behavior of the ESS to get clues to the health of batteries and electric systems in general

But here we go again, same old "I hate ESS" from those who choose to hate instead of learn and understand, same old totally wrong "facts" about how it works, why it's there and more.

Apparently no one has caught any of the times this has been mentioned - disabling ESS will do nothing for your battery life or the at rest voltage when you park.
The length of the drive, how the thing has been treated (is the tender made for AGM batteries??) heat, etc. - and is the tender correctly connected to a ground point on the chassis, or if it's "on the battery" is it on TOP of the IBS?
If it's directly on the negative post, you are doing yourself no favors.

You may try the charging method and IBS reset I've talked about several times elsewhere.
Click to expand...

Heavy traffic is exactly where most of the emissions originate. Driving to the market and hitting 3 stop lights with the AC on will not mitigate the MILLIONS of cars sitting in crawling traffic for hours a day.

ESS is a joke. PERIOD!

I just replaced the original battery in my wife’s 2014 enclave, 60k miles of mostly short trips to school, kid soccer games, grocery store etc. baked in north Texas summers and frozen in north Texas winters…and yet the interns jeep hired to design this system have succeeded in creating a system that kills batteries within 3 years. What’s the carbon footprint of of a lead acid battery? No wait. Two lead acid batteries. If I keep this thing past the warranty I’m deleting ass and the aux battery. Maybe those interns will have passed their EE classes by then and gotten jobs designing aftermarket solutions that actually work.

my favorite is when I pull into the driveway and the ass shuts the jeep off immediately after I come to a stop but before I put it into park…the I put it into park and it starts. Then I turn it off. On off on off. Effing brilliant. Never fails to elicit a few f bombs from me. My 7 year old is learning to speak like a sailor thanks to jeep interns. 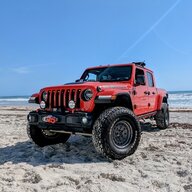 Lunentucker said:
That won't stop a dying aux battery from cannibalizing the main battery when it starts crapping out.
Click to expand...

This guy gets it. The issue with the jeep system is the aux goes bad silently until it kills the main and you are stranded. Doesn't help that it seems like jeep is sourcing the worst agm batteries they can find. There was a whole truckload of late (August, September October builds) 2021 batteries that were shit and many went bad within 6-8 months.

bleda2002 said:
This guy gets it. The issue with the jeep system is the aux goes bad silently until it kills the main and you are stranded. Doesn't help that it seems like jeep is sourcing the worst agm batteries they can find. There was a whole truckload of late (August, September October builds) 2021 batteries that were shit and many went bad within 6-8 months.
Click to expand...

18000 miles on a 2020. Started to get Aux Switches unavailable, battery charging. ESS stopped working around the same time, 3-4 months ago. Go out one morning a couple weeks ago and the truck was dead.

had to replace BOTH batteries.

Serves absolutely no purpose other than to create a bigger market for batteries. 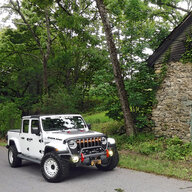 seanmh72 said:
18000 miles on a 2020. Started to get Aux Switches unavailable, battery charging. ESS stopped working around the same time, 3-4 months ago. Go out one morning a couple weeks ago and the truck was dead.

had to replace BOTH batteries.

Serves absolutely no purpose other than to create a bigger market for batteries.
Click to expand... 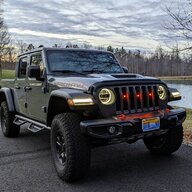 Higher_Ground said:
I had my gladiator at the body shop for 7 months... the battery was dead when they decided to give it back to me.

I'm wondering how hard I should push back against that? I have a 2020 and it's the original battery, so I had it for nearly 2 years before they took possession. It was working just fine at the time, though.

Should I be arguing for a new battery? Some prorated pricing?
Click to expand...

Don't invest in a failure twice.
Delete out of pocket and move forward.
2021 Mojave Min Tow

So my ESS hasn’t worked since this past January. Never thought twice about it, was actually pleased.

Should I be looking into the health of the Aux battery? Main battery? Everything works great on the truck minus Apple car play, which is recent as of this month. No hard starts, codes, etc. 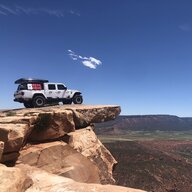 My 2020 JLRUD with 50K miles is getting the aux switches unavailable after startup. ESS turned off since day one. Had a slow turnover start Sunday morning. Wouldn't start this morning with the remote start on key fob but started with push button on dash. Wife got home from work today and i put my Optima Digital 1200 charger on it. It showed 50%. I'm gonna charge it overnight. What kind of warranty does jeep give on the batteries, 3 yr/36k miles?
2022 Diesel Rubicon. Warn VRS 10K, Warn winch plate, Metalcloack 3.5" Gamechanger stock shock edition. Mopar Beadlocks with BFG KO2 37x12.50-17 C load rated.

Gmac03 said:
So my ESS hasn’t worked since this past January. Never thought twice about it, was actually pleased.

Should I be looking into the health of the Aux battery? Main battery? Everything works great on the truck minus Apple car play, which is recent as of this month. No hard starts, codes, etc.

I would look at the AUX battery.

joeym7 said:
ASS is hated because of the way it is implemented...Yea, if you like it have at it, but it should default off upon starting the vehicle and (not on). For those who want it to save a few pennies driving in heavy traffic, go head and enable it. But many of us don't drive in heavy traffic and have better and more meaningful ways to feel good about ourselves for "saving the planet" from climate change.

I think @ShadowsPapa said it too. But they aren't allowed to default to off and claim the mpg benefits. It's that simple. It's sounds ridiculous, but it's the EPA rule.

Here is the relevant section:

"But if a vehicle’s stop/start system can be permanently turned off, then the vehicle’s fuel economy is tested both when stop/start is active and when it’s off. The EPA then averages the two tests for a resulting fuel-economy rating found on the car’s window sticker—which is certain to be lower.
"

I would look at the AUX battery.
Click to expand... 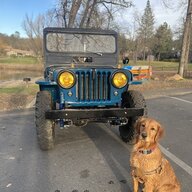 I am going to be upgrading the main battery. Disconnecting the AUX and installing a duplicate main battery in the bed of the jeep. I just dont trust the electrical system in these jeeps!
Follow my page on Instagram @californiajeeping
1952 Willys CJ3A trail beater "bubbles"
2022 Gladiator sport s eco diesel 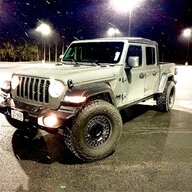 If a vehicle feature is used to achieve an EPA fuel rating it must default to its ON position at startup, always. I know some people don't like it, clearly, but it is here to stay.

As we all look at the future of automobiles, we are either going to see one extreme(electric) or the other(some form of hybrid systems) in our new vehicles. If you do no like these features either find the thread that tells you how to work around such a thing, or "suck it up buttercup." It's not going anywhere.

While waiting for my StingGray...